MTQ Engine Systems began its life in Australia as a company called Dynamic Turbochargers in 1970.

Dynamic Turbochargers expanded in size in the following years due to its commitment to the highest quality products & services and in 1999 became a subsidiary of Metalock (Singapore) Limited which was now listed on the Stock Exchange Mainboard.

In 2003, Metalock (Singapore) went on to be renamed to MTQ Corporation Ltd and expanded with 2 more new business becoming MTQ Engine Systems branches. These were Adelaide Fuel Injection (AFI) and BJ Diesel which have been in business since 1984 & 1976.

In 2009 MTQ Engine Systems launched the ‘Bosch Superstore’ which is a joint venture between MTQ & Bosch to provide the full Bosch/PBR range to the automotive aftermarket.

In 2010 MTQ Engine Systems expanded even further with the acquisition of Premier Fuel Injection in Darwin, Highway Diesel Services in Brisbane, All States Diesel in Brisbane and Walz Diesel in Sydney.

In 2011 MTQ Engine Systems Australia was appointed as the Australasian service agent and distributor for L’Orange to support the large diesel fuel injection market. 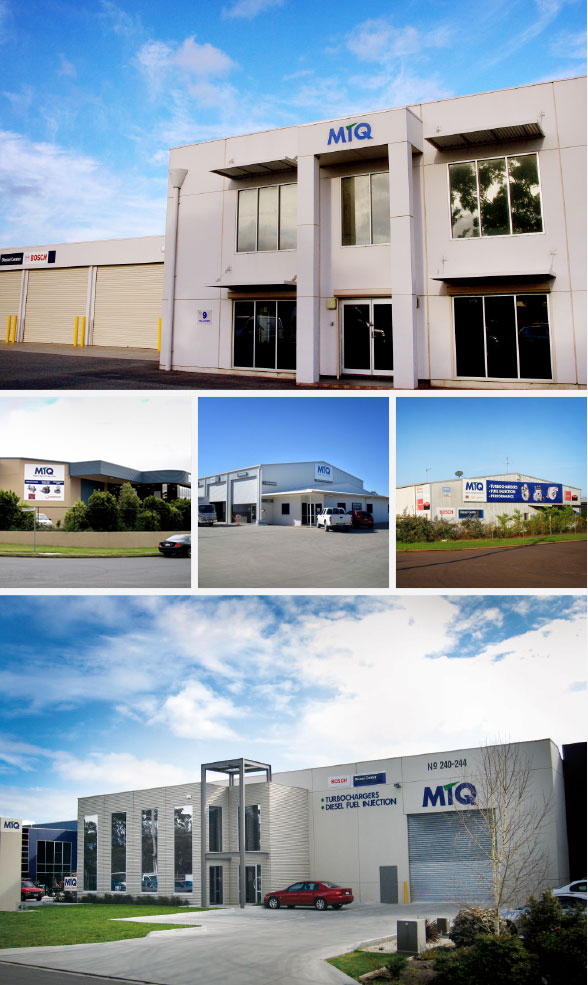